As part of Pivotal London's grassroots diversity and inclusion efforts, a colleague and I have recently been talking to the team at Ada College, the UK's National College for Digital Skills, about their apprenticeship program.

They invited us to lead an introductory session on pair programming to around 40 of their higher level digital apprentices. This is the material from that session, rewritten as a blog post. 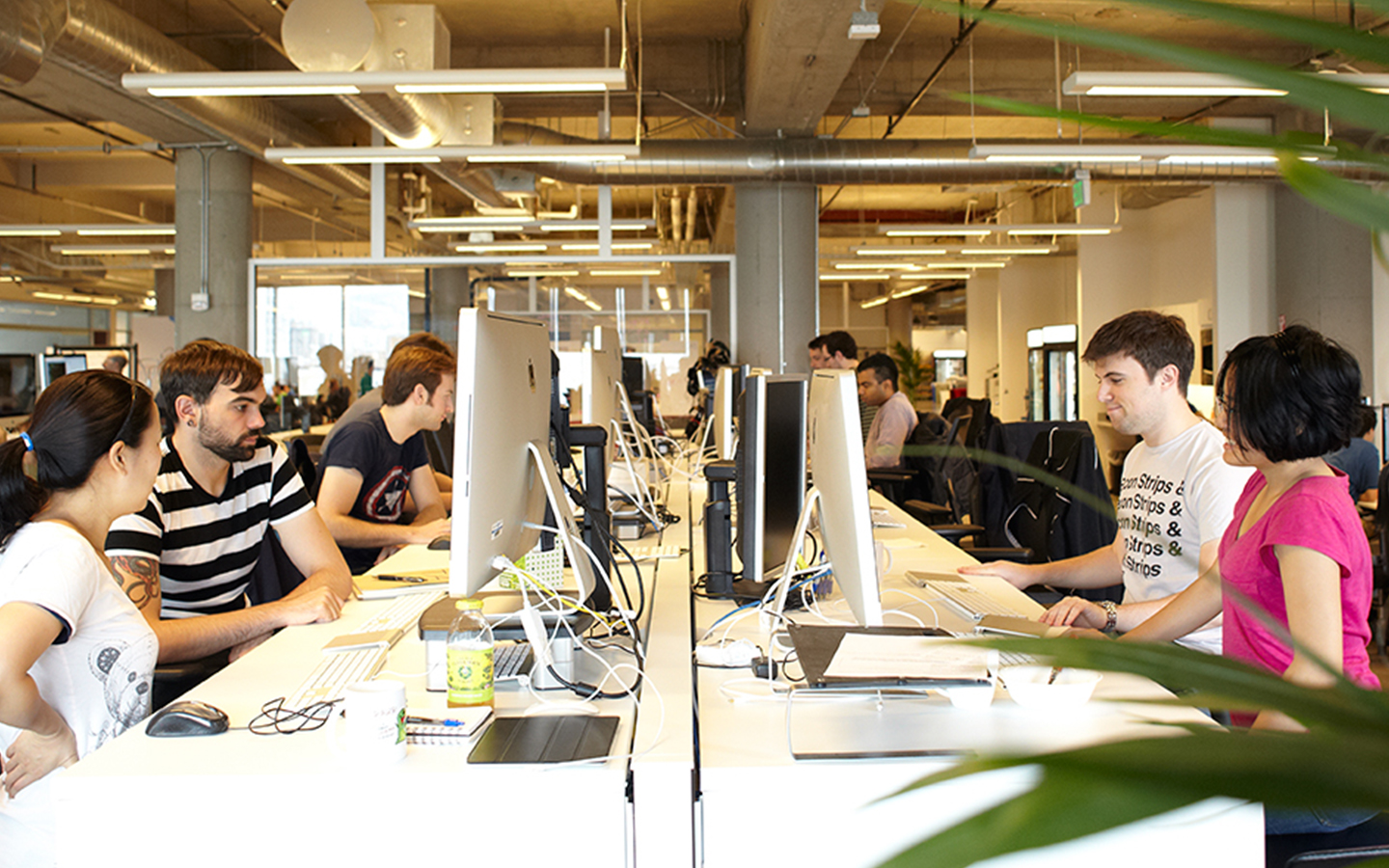 Why do you pair?

Pair programming is one of the core practices of Extreme Programming (XP), a software development methodology based on the principles laid out in the agile manifesto. A major part of XP, and any agile methodology, is feedback:

XP teams strive to generate as much feedback as they can handle as quickly as possible.

With pair programming, you're getting immediate feedback on your code, as you're writing it. This also aligns with the idea of Extreme Programming being good practices taken to extremes - it's code review, turned all the way up. The specific practice is described as follows:

Write all production programs with two people sitting at one machine... Pair programmers:

In a similar vein the Pivotal Labs website lists four benefits of pairing, for all of the roles in a balanced product team, which I'll address in turn in the following sections:

However, perhaps the most succinct response to the question is the following quote from Rob Mee, Pivotal Labs founder and current Pivotal CEO:

It's more efficient, and it produces better code.

from This Company Believes You Should Never Hack Alone

Specifically for new developers, pairing can be an effective way to ramp up quickly, avoiding impostor syndrome and the stress of feeling abandoned to fend for yourself in an unfamiliar codebase. Amy Simmons recently gave at talk at Pivotal's public lunch and learn series on the care and feeding of new devs, discussing the results of a survey that found that 81% of respondents thought that junior devs could be better supported; one of her recommendations was to adopt code reviews and pair programming with senior devs, at least on a weekly basis.

The immediate benefit to pairing is how infrequently you find yourself stuck. If there's something you don't know how to do, or you aren't sure where to go next, nine times out of ten your pair will be able to get you moving again. It's like rubber duck debugging, except that now the rubber duck can provide additional ideas!

In addition pairing is great for maintaining focus; whereas it's easy to get sidetracked when you're working alone (especially with a high-speed connection to social networks, news websites and TV Tropes...), having a second person looking at your screen keeps you honest about what you're supposed to be working on. In my experience the "flow state" of pairing is different to the one you get into when working alone; it's easier to get into and more resilient to interruptions.

As an engineer in Pivotal Labs, the majority of my job consists of pair programming with our client's engineers, with the aim being to help them develop the software they're working on and build an effective team that can continue collaborate effectively once the engagement ends and they return to their usual offices. I have found pair programming to be a very effective way to teach the other practices we follow, like test-driven development (TDD) and continuous integration and deployment (CI/CD).

It's also a productive way to introduce someone to a new technology or codebase. Pairing with someone with less experience helps to identify where the code could be clearer or easier to follow, which is easy to overlook when you're more comfortable with the language or domain.

Have you ever started trying to work on something only to be told "Oh, that's so-and-so's part, you should leave it to them"? Or, even worse, "the person who did that left, so we try not to touch it"? Pairing helps to avoid this by ensuring that no single person is the only one with knowledge of any specific part of the product.

This is especially powerful when you're regularly rotating pairs. Generally we rotate on a daily basis, using tools like Parrit to make sure that every possible combination is occurring. If a story is still in flight from the previous day we "stick and twist", with one person staying with the story to pass along the context and the other moving on to something else. This has the natural side effect that the more complex stories, the ones that take multiple days, get more people's input.

On your own you might be tempted to rush, to cut corners; "I'll just skip writing this test", or "this isn't great but we can refactor it later". All-too-frequently, later never comes! Your pair can be your conscience, keeping the code quality high and suggesting tweaks or possible edge cases as you go along. They can also point out when you're overthinking something you aren't gonna need.

Anatomy of a pairing station

There are a few crucial things you need to pair effectively:

Each person in the pair has a specific role. Note that this isn't a permanent role; you can (and should!) switch frequently between the two.

Both people should be continually vocalising their thought processes; how do you think the task is going? What should you be trying to do next. It's also important to remain patient and kind when working so closely with someone for long periods of time.

Within the basic principles outlined above, there are many specific variations. Here are a couple you can try out:

When not to pair

Like many of the practices of XP, pair programming is a good default but doesn't fit every situation. For example, you might find it more effective to split up and solo when:

In general, you should agree specific end goals and time limits when you split up, so you can both be working towards the same thing, and you should bring ideas, rather than specific code or implementations, back to work on with your pair.

Update: this post was revised to separate the roles of pairing (driver and navigator) from the methods (e.g. blitz), as the presentation was similarly updated.