Interviewing and hiring at Pivotal

My current employer, Pivotal, practices the Extreme Programming (XP) software development methodology. One of the core practices of this methodology is pair programming: two engineers, two mice, two keyboards, two monitors but one computer and one task. Here's what a typical day of pairing looks like: 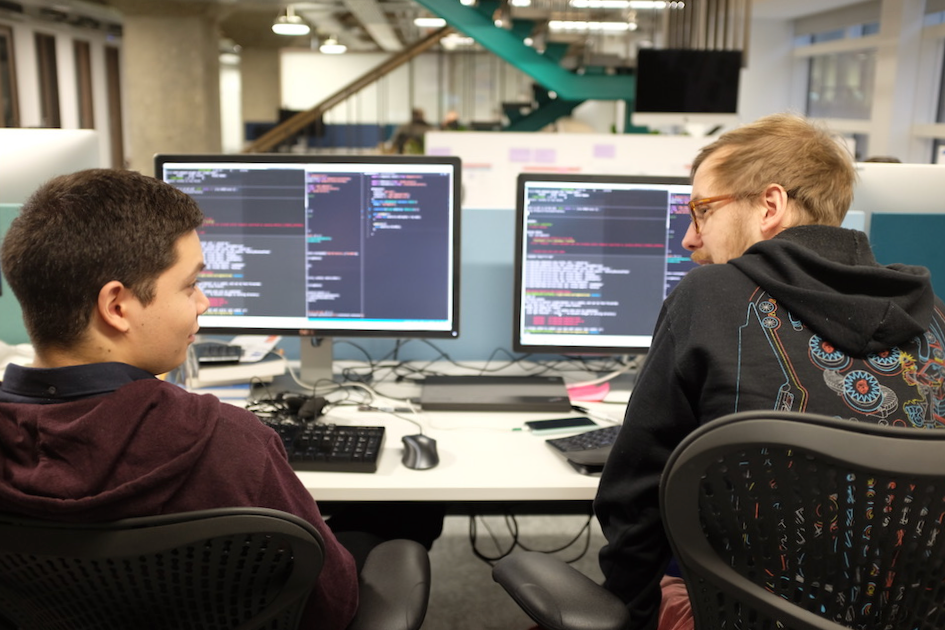 I won't go over the various methods for pairing here, but suffice to say this style of development requires solid interpersonal skills, even before we get into the balanced team approach that sits the engineers with the product managers and designers to collaborate together on a daily basis.

In what I think is a nice summary of this approach, there was a poster in Pivotal London's old office featuring Pivotal Labs founder and current Pivotal CEO Rob Mee with the quote:

"Software development, it turns out, is a team sport."

from What's Your Start-up's "Bus Count"? 7 Myths of Entrepreneurship and Programming

All of this means that there are plenty of great programmers out there who would not be a great fit for this working method, preferring to work exclusively on their own. Conversely, there are plenty of people who might not think that they are great programmers who have all of the skills needed to flourish as an engineer at Pivotal. As Pivots Are What Set Pivotal Apart puts it:

...being a Pivot means embracing the principles at the core of this approach. Pivots teach and learn from each other, demonstrating empathy, trust, respect, communication, feedback, and collaboration at every turn.

Pivotal hires, in short, for empathy. So how do they do that? There is a three-step process for hiring a new engineer at Pivotal:

In all, I think it's a good approach that really reinforces the way that Pivotal works; it has certainly lead to great teams at the Pivotal offices that I've worked in (London and Dublin). By focusing on the skills you'll be using day-to-day rather than contrived whiteboard challenges or trick questions, it gives applicants from a broad range of backgrounds the chance to find out whether they would enjoy the work, while acknowledging the truth that skills in a specific programming language are often less important than the ability to pick up the one best suited to the task. In my view, it's a truly empathetic way to hire people.

Like the sound of that? Pivotal is hiring at the moment, click here for more information about the open jobs.